Our customer required a total buoyancy of 950 tons of inflatable float systems for their operation, to be designed, engineered, produced and erected within 2 months.

This floating system is applied to temporarily lift the stern of a ferry and have floating. This customer  has an assignment to enlarge an existing ferry. The ship is cut in half, the back end of the ship is moved out and later on back into the dock in order to weld a new part in between the two existing parts.

Below pictures explain the inflatable float systems project. In this example the stern remains in the dock while the bow is navigated out of the dock. 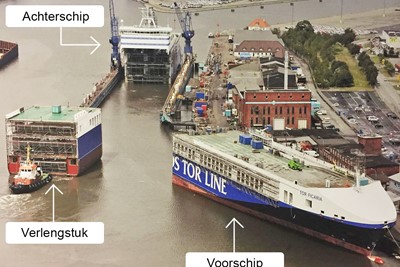 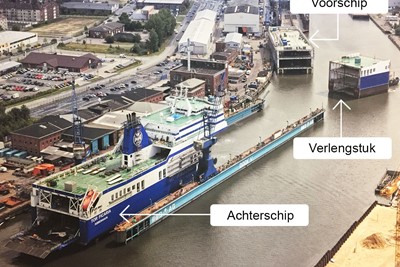 We developed the inflatable float systems and sized the cushions in close cooperation with this client.

Finally the project route resulted in:

Floaters Type 1: 8 floats with a diameter of 2 meter and a length of 34 meter. Each inflatable float has a buoyancy of 100 tons! 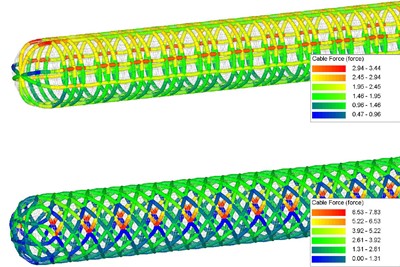 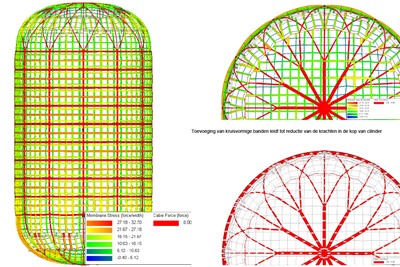 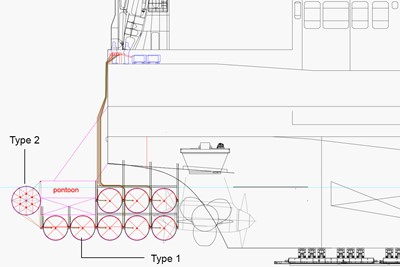 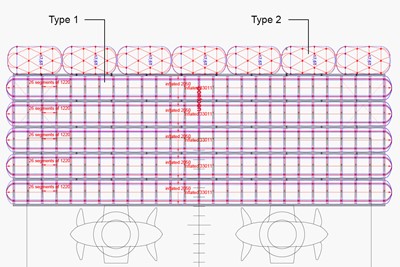 We solve it with a lightweight flexible solution!
since 1948 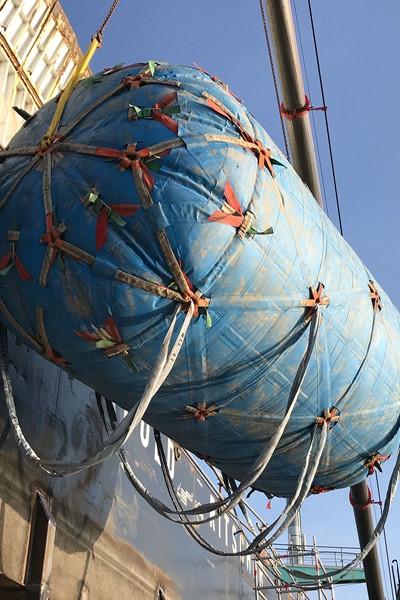 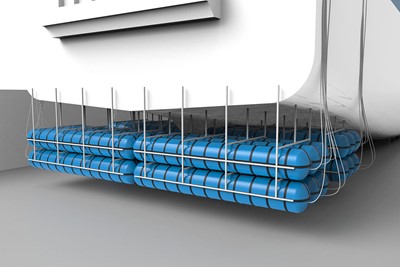 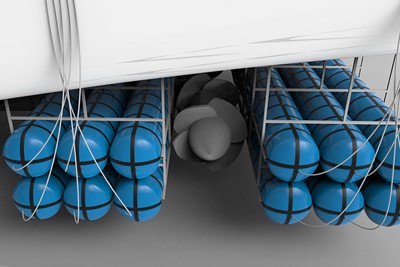 Supervised and assisted by Buitink Technology the floaters were connected to the ship. Manifolds and air compressor systems were connected and the floats were pressurized to make the system operational. 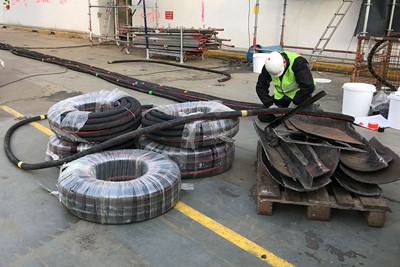 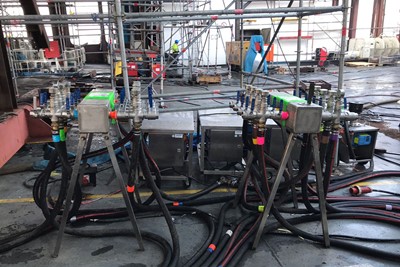 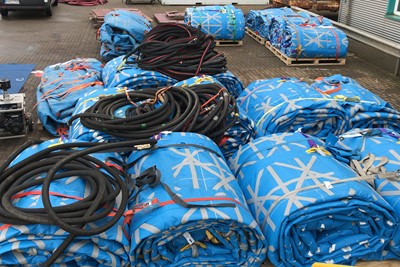 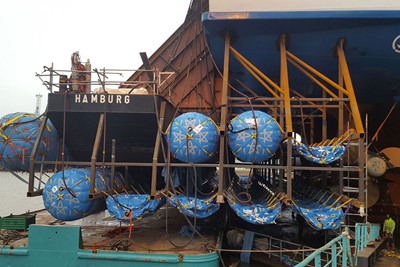 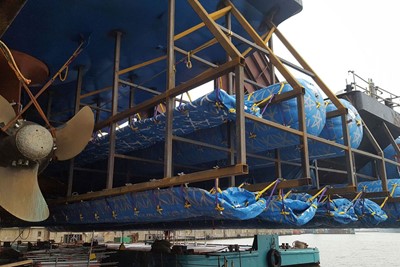 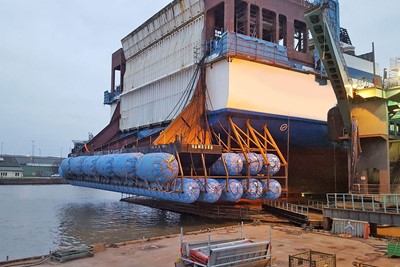 The stern of the ship was floating during 10 days carried by Buitink Technology delivered floating system.

During the course of the operation Buitink Technology was responsible for a 24/7 surveillance of the system. We took care of the correct  air pressure inside the cushions. 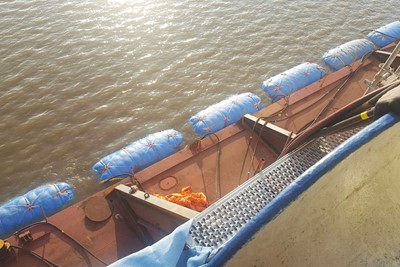 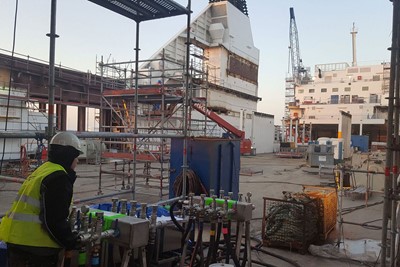 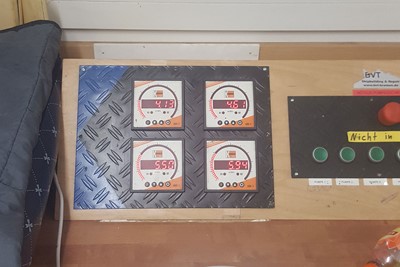 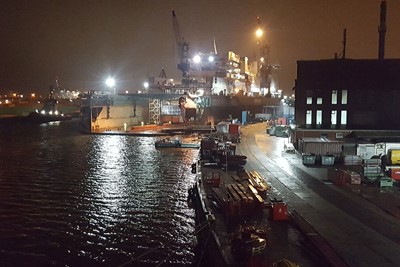 Below some on site photo's 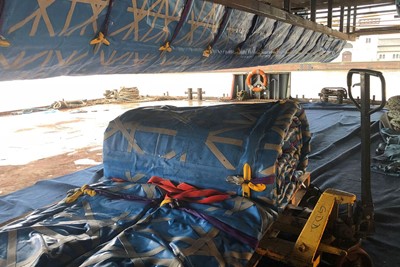 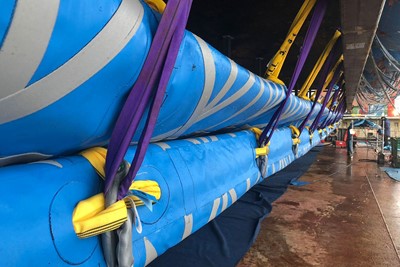 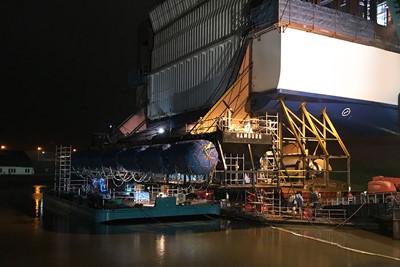 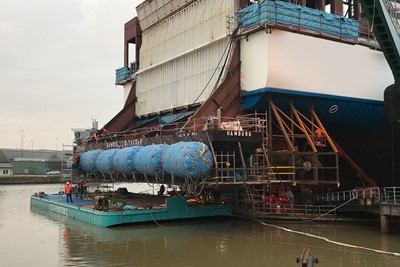 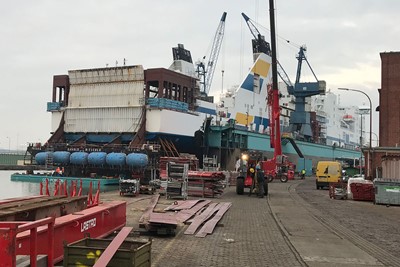 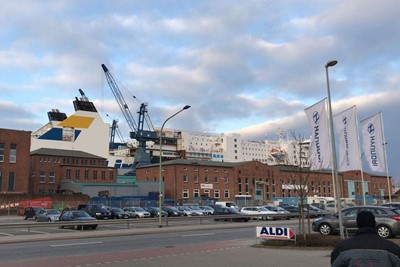 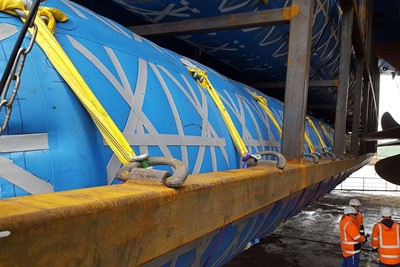 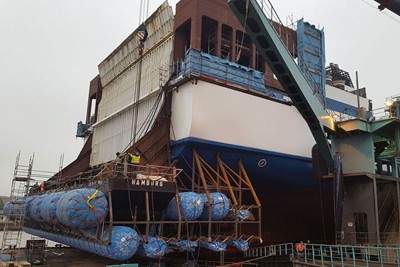 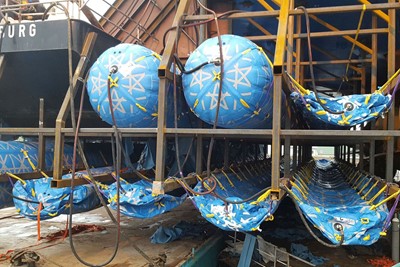 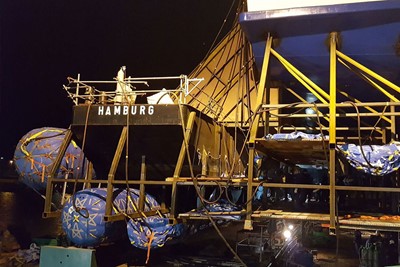