We solve it with a flexible lightweight solution!
since 1948
Make your choice +
Website > uk > Technology Center > Innovation > Movable facade concept

Students regularly visit Buitink Technology with ideas they want to check on feasability. We not only provide information but, depending on the project, we also give them the opportunity to realize prototypes or test products like the moving facade concept or the double skin facade concept.

Below you can find a number of proposals for the double skin facade concepts that were realized by students from the Technical University Eindhoven. In the context of the Sobra project initiated at the university and in cooperation with Buitink, the students were supervised and could experiment with different materials to develop their new ideas. 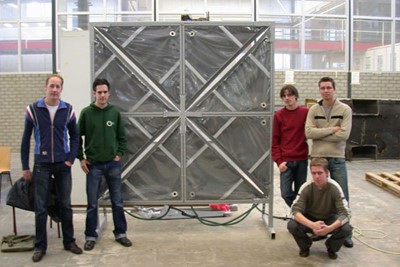 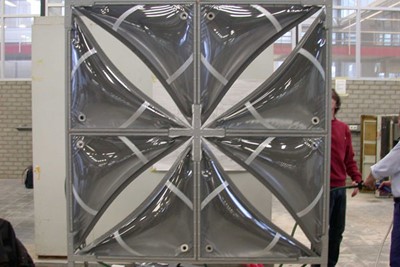 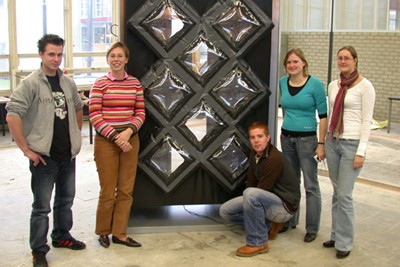 Façade element "B". The transparent Windows can openen and closed by air pressure regulation 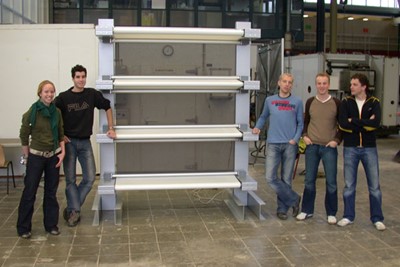 Depending on the position of the Sun, the wire mesh cloth or densed white canvas can be placed in front of the façade. 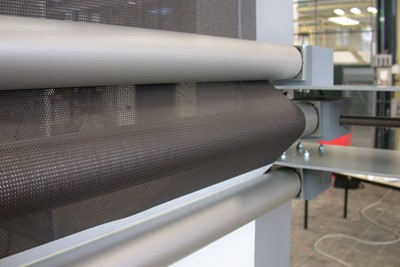 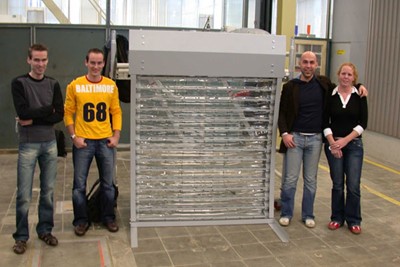 Transparent facade element "D", which is expanding or collapsing by air pressure.