We solve it with a flexible lightweight solution!
since 1948
Make your choice +
Website > uk > Technology Center > Engineering and consultancy > Buoyancy for submarine measuring device

Buitink Technology was commissioned to design an inflatable buoyancy system for an acoustic polygon for use on the seabed.

The device is used to carry out acoustic and hydrophonic measurements, and it weighs around 3.5 tonnes.

The purpose of the inflatable buoyancy system is to:

To give the instrument sufficient buoyancy and stability, we custom designed five parachute-shaped flotation bags. These provide ample buoyancy, even when the measuring instrument is slightly tilted, and ensure it remains stable in the water so it cannot be capsized by the waves. 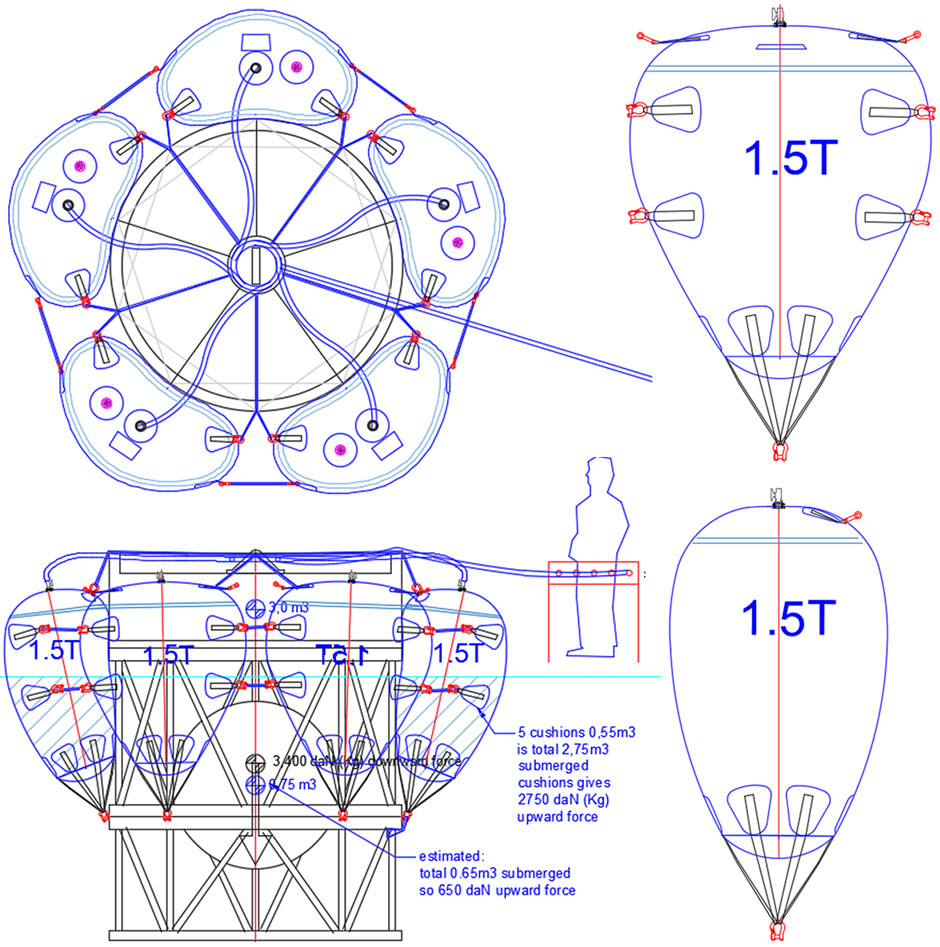 The inflatable parachute-shaped floats are fitted with attachment points are attached securely to the instrument. The flotation bags are reinforced where they come into contact with the structure.

When the flotation bags are deflated the acoustic polygon can be lowered using a pulley and cable. 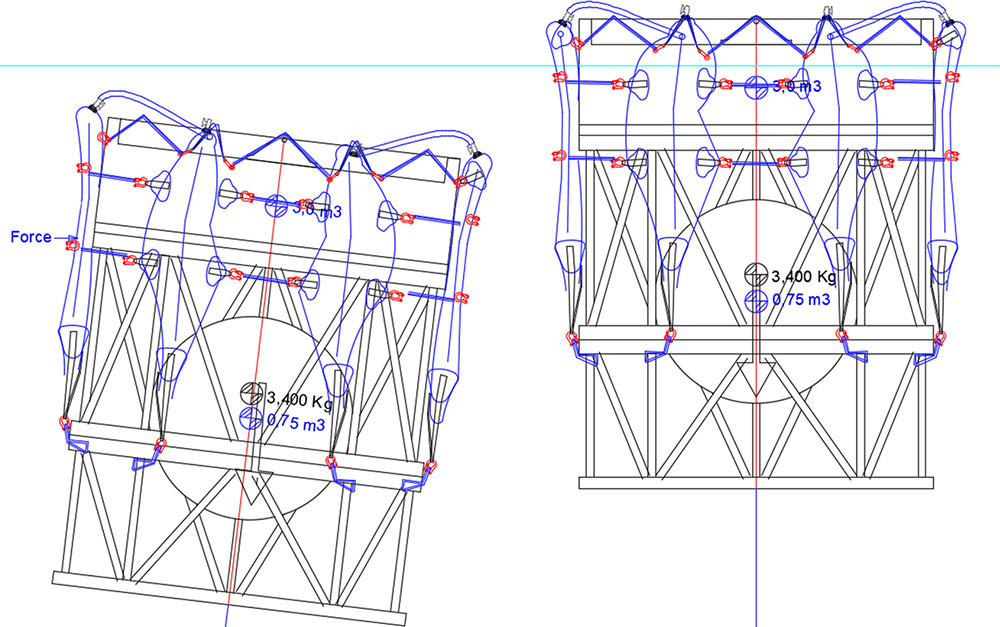 Side view of the flotation bags when deflated: the instrument sinks to the seabed

When the measuring instrument floats on Buitink Technology’s five flotation bags it is held in a stable condition. The weight of a maintenance engineer walking on top of the floating object tilts it only slightly.

Balance and centre of gravity

Even when the polygon measuring instrument is tilted to 90 degrees, there is still enough upward force to right it. 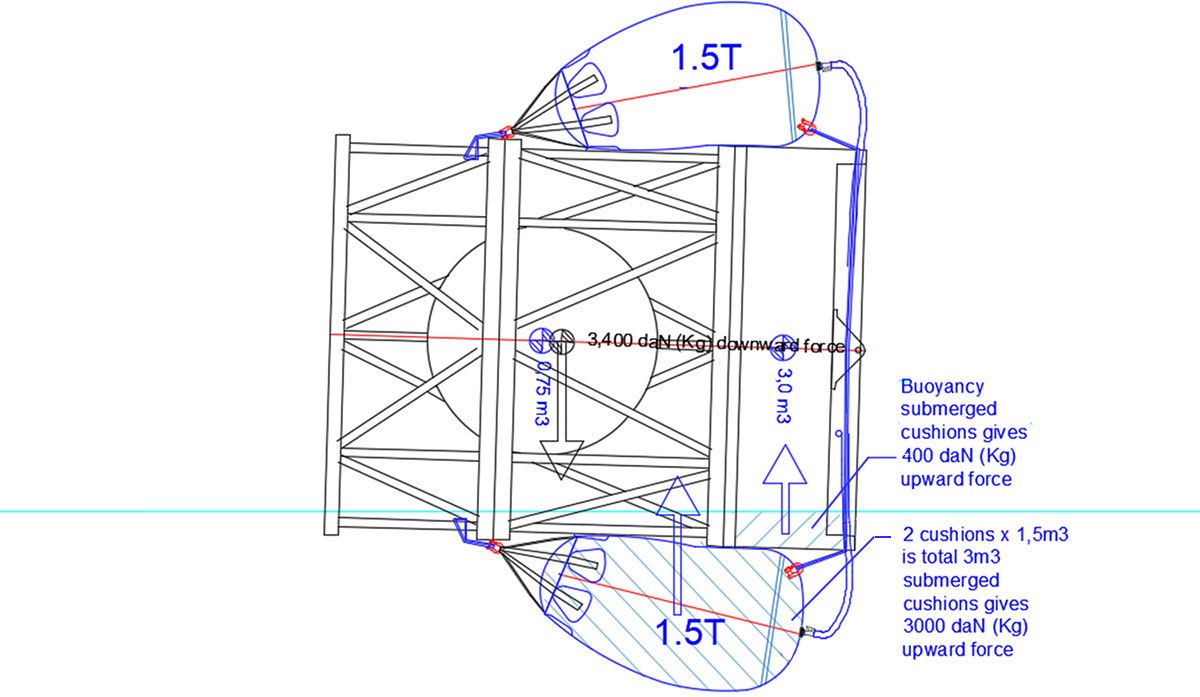 Only at an angle greater than approximately 130 degrees, is the tipping point reached, causing the polygon measuring instrument to flip over completely and not right itself. 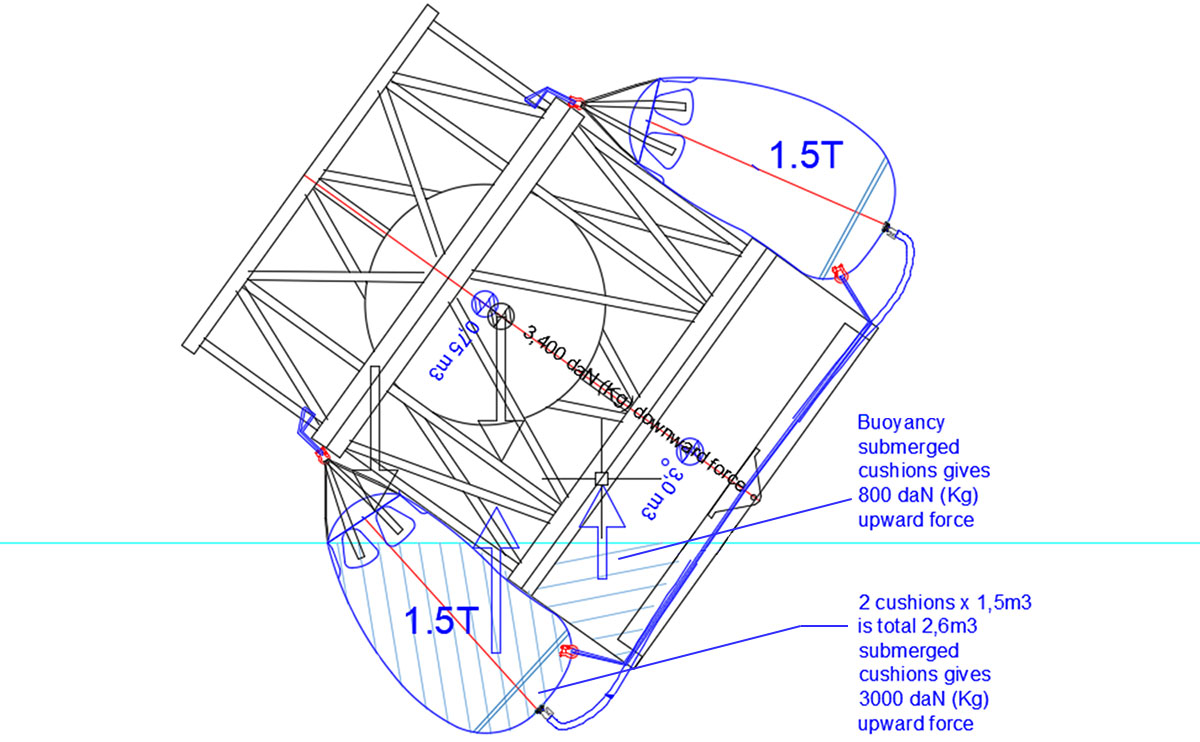 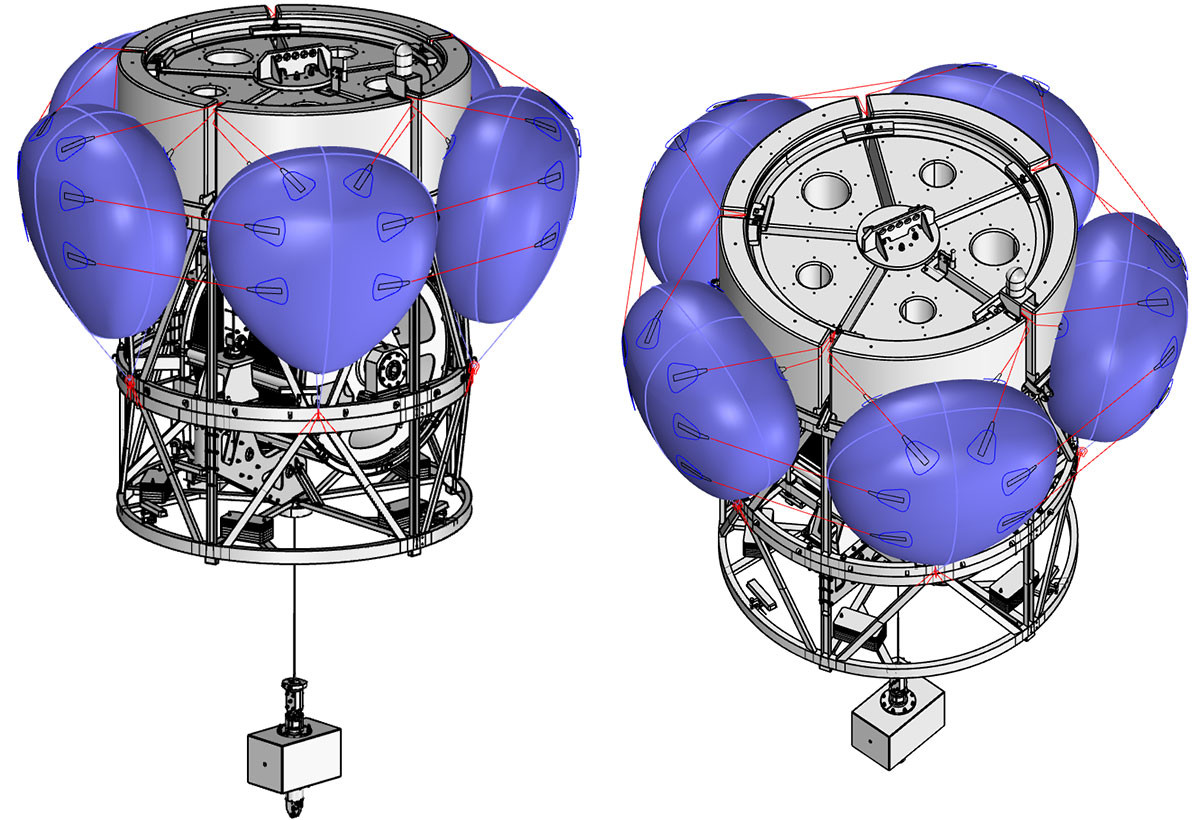 Once our analysis and subsequent design of the solution had been approved, we were commissioned to produce the flotation bags. You can see the results below. 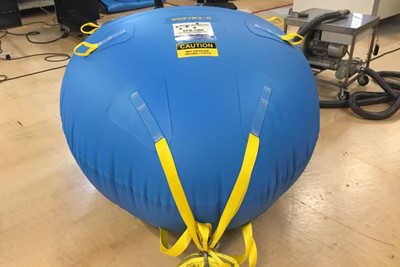 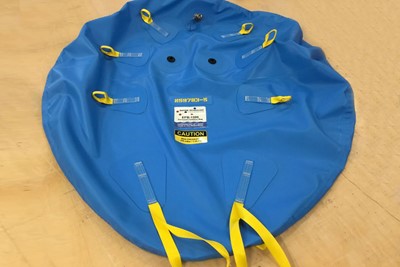 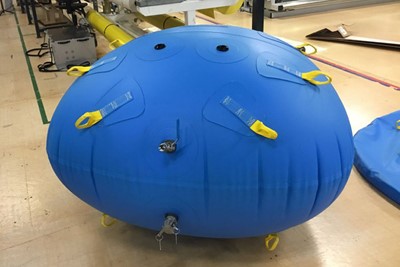 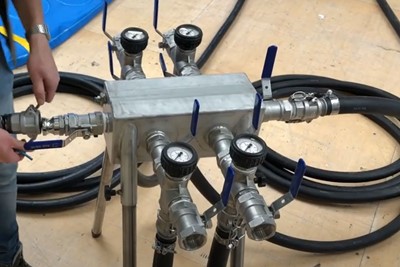