We solve it with a flexible lightweight solution!
since 1948
Make your choice +
Website > uk > Industry > Inflatable floats > Inflatable Buoyancy Units

Jointly BSB Staalbouw and Buitink Technology developed the water float system for renovation of three dam constructions in Amerongen, Hagestijn and Driel in the Nederrijn.

Renovation, carried out by BSB Staalbouw and Siemens, involves placement under water of temporary barriers in order to remove and replace or renovate the existing sluice gates.

The temporary barriers consist of two separate steel constructions, each weighing 130 tons. Assisted by a crane the IBUs - inflatable water cushions - carry the construction in the water. 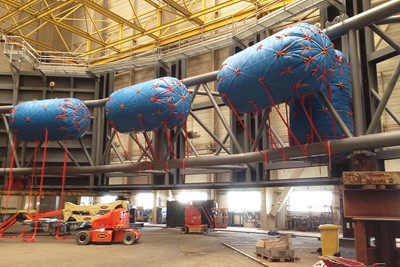 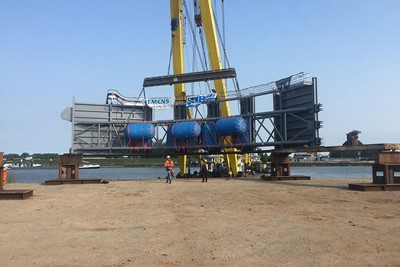 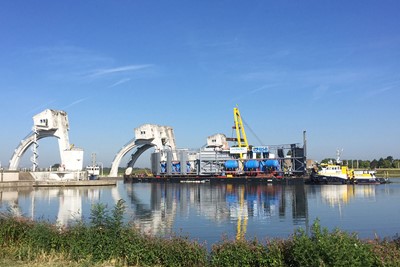 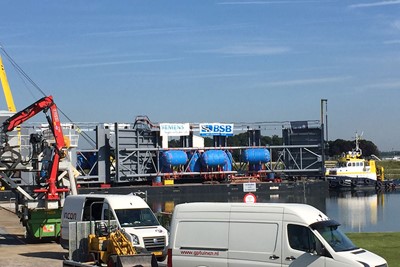 Each part of the temporary barrier is connected to eight IBUs. Together with BSB Staalbouw size, position and connecting points were determined. Real challenge in development was to find the proper floating power, but more over proper stability and center of gravity.

All IBUs (16 units) are connected to an air compressor system with divider. Each IBU is controlled individually such that each IBU receives its own pressure and air flow. This advanced float control enables accurate fine tuning of horizontal position during descend and lifting of barriers. 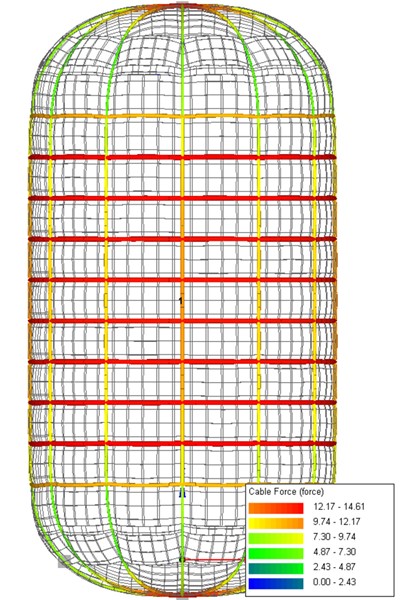 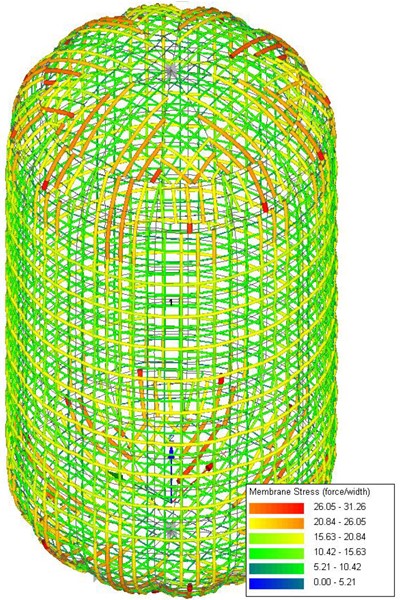 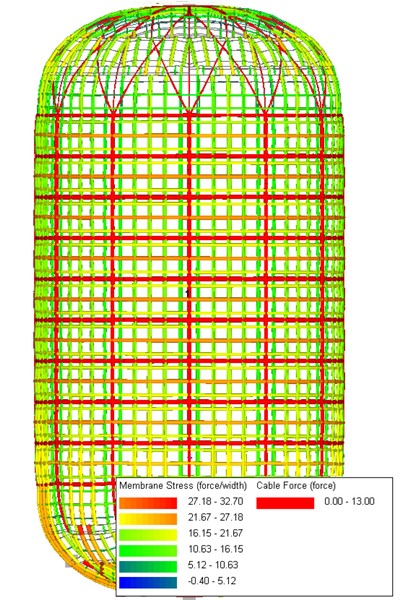 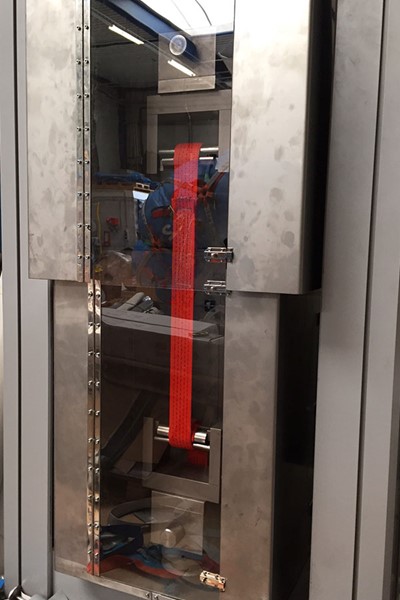 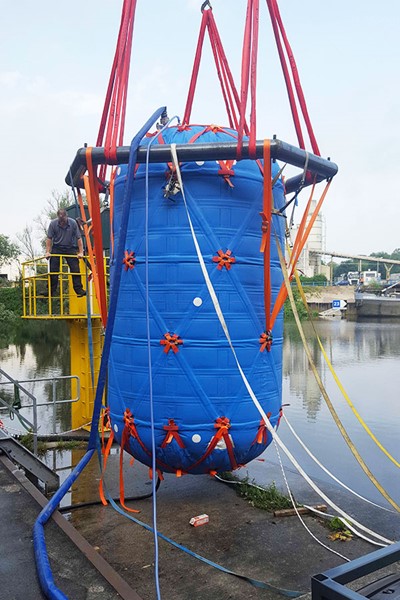 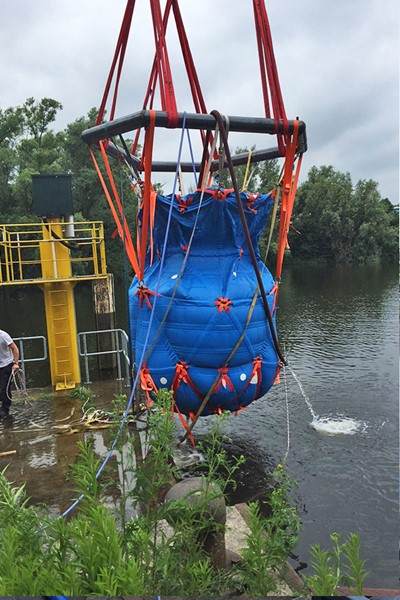 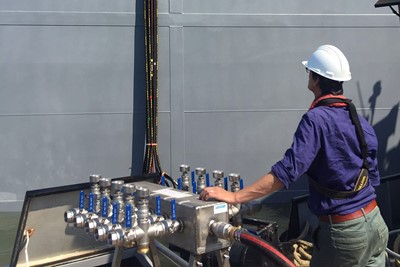 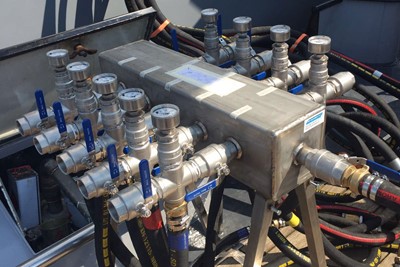 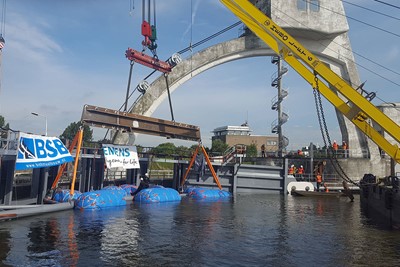 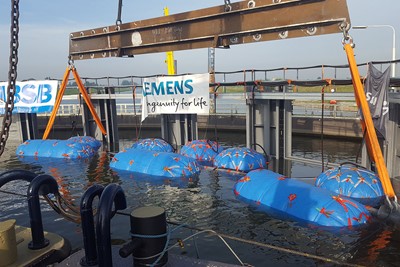 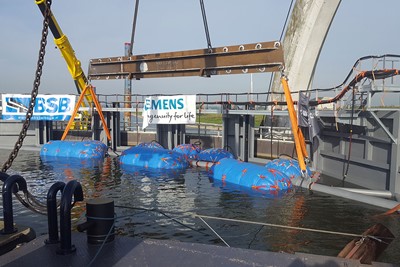 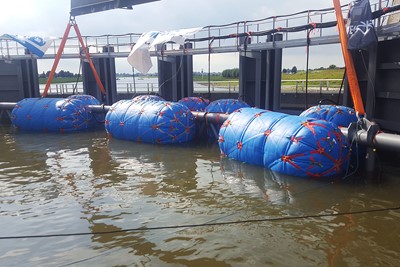 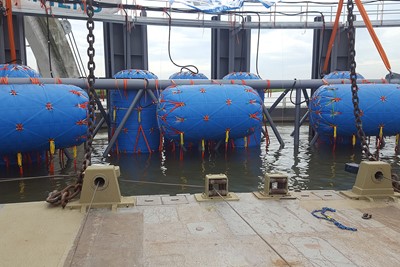 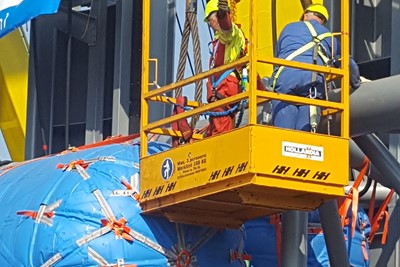 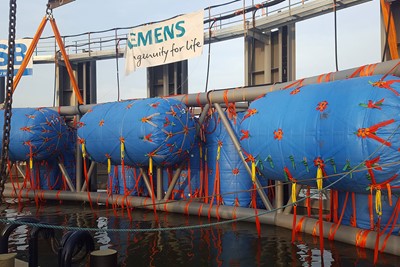 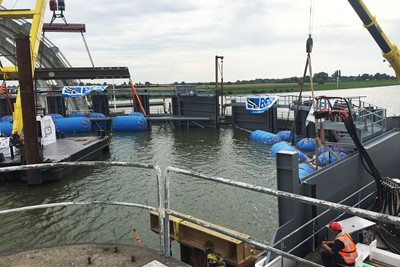 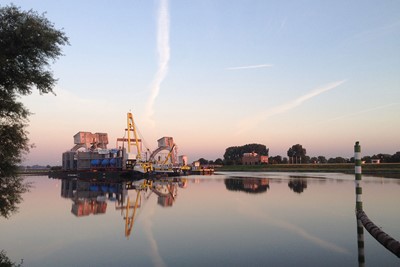 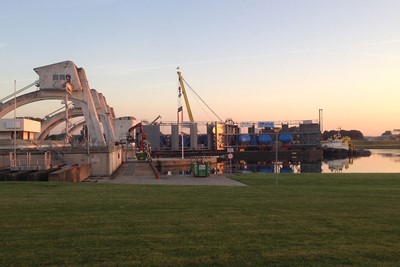 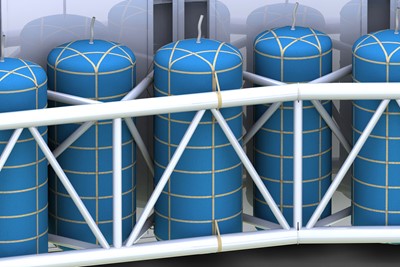 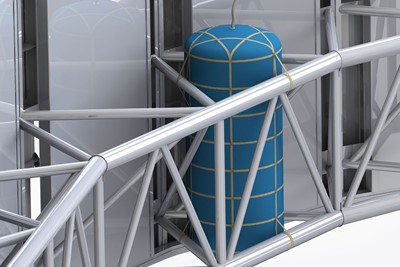