Buitink Technology developed an inflatable tensioned tube trampoline. To test the strength, rigidity and elasticity of the trampoline we fixed a gauze fabric on four tensioning tubes as shown in the picture.

To provide a sufficient space for deformation the tensioning tubes have a relatively large diameter. 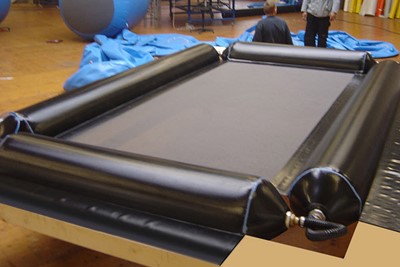 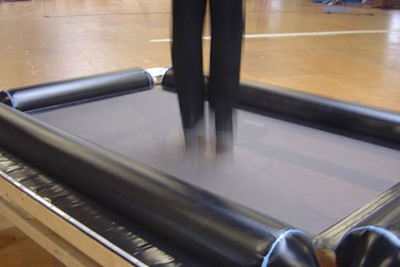 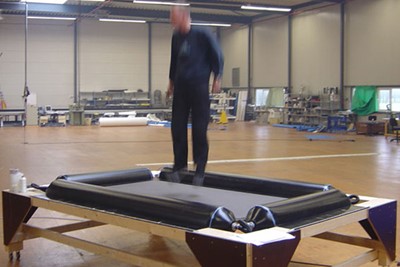