A total of 17 custom made canvas roof parts were designed, produced and installed. Two different types of material were used. Ceilings of deck number 3 and 4 were made of Flexlight Classic  a tight woven cloth. For the roof on deck 7 a transparent cloth was used due to the top-deck lighting. 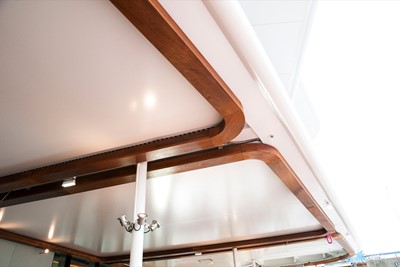 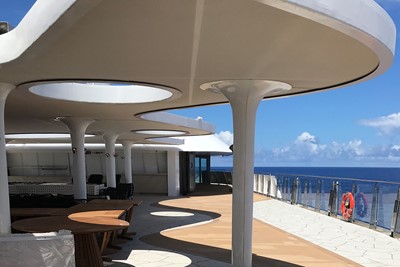 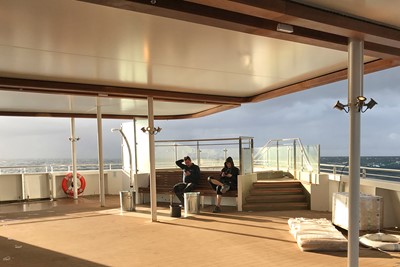 Canvas for the roofs on the various decks of the ship are light weight, easy to mount and easy to dismantle (in case of maintenance of lighting or other equipment on top of the roof).

As these tensed roofs are installed outside they suffer severe loads of wind (suction). These roofs are specially designed to resist these wind forces

Meer infomation about this ship and its location is found here. 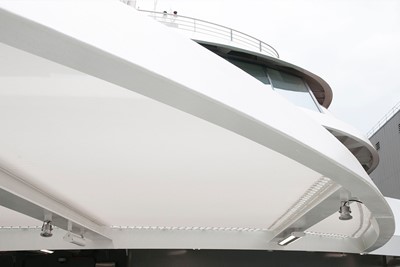 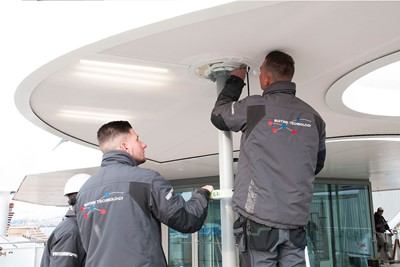 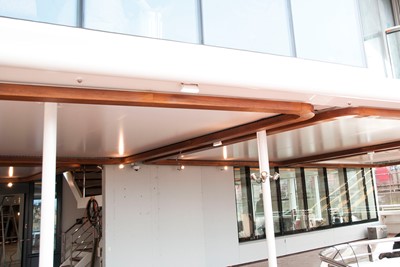 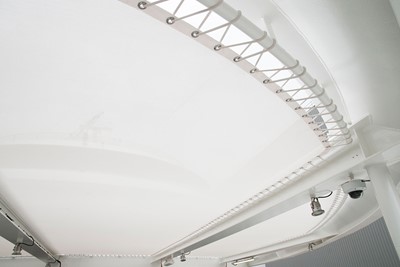 Installing tensed roof on the ship 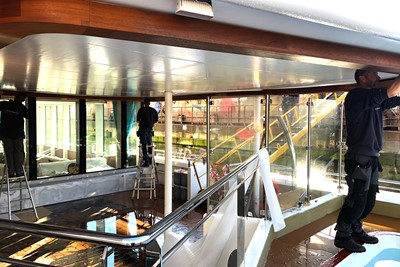 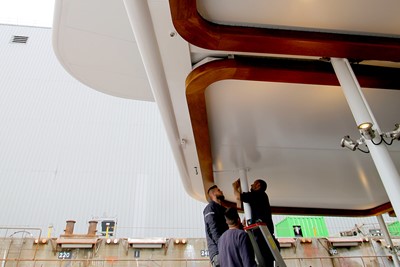 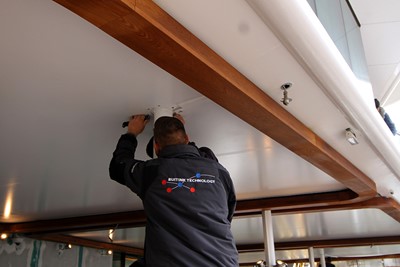 Location of the cruise ship