The project comprises 6 translucent tensioned wall and ceiling  cloth with lighting behind it. The tensioned cloth surface area is about 250 sqm.  A true eyecatcher in the  Cuypershall of the Amsterdam Central Station. 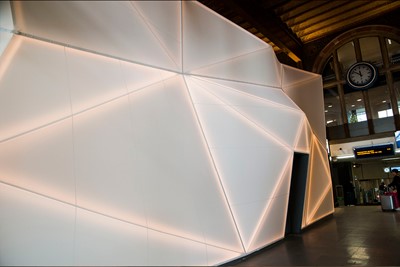 Behind the 3D wall in the Amsterdam Central Station the community of Amsterdam realizes a covered and direct  passage between train and subway.To visialize this future passage, the construction site is surrounded by a pattern of triangles. The trangles are inspired by the ceiling of the existing undergound hall. Due to the triangles around the building site, it looks as if the subway ceiling raises up from the floor. 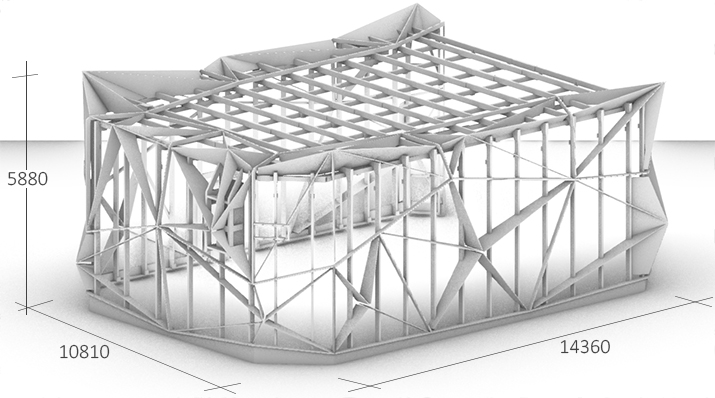 Moreover the object is pulsating as a metaphor of the vitality of life beneath the floor. It creates a special impuls to the temporary situation in the Cuypershall. 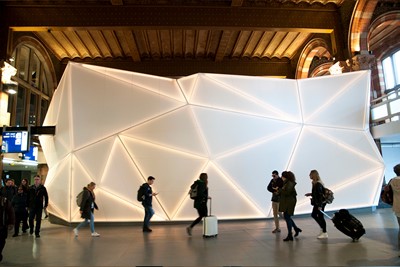