Buitink Technology realized the engineering and construction of a tensed textile wall for Cheops Technology in France.

This textile wall is a so called "second skin facade" and is placed in front of the (glass) building wall. The facade cladding provides a professional look and protects against wind and sunshine. However still it is possible looking out from the inside through the membrane facade. 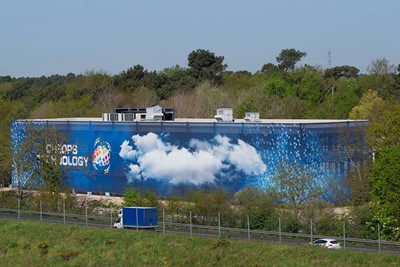 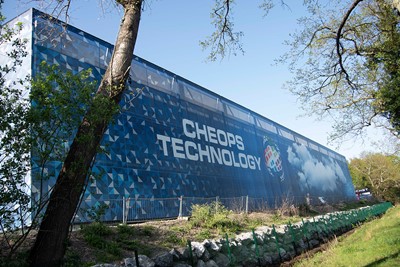 The entire facade surface area is covered with a full color print, guaranteed for 10 years. 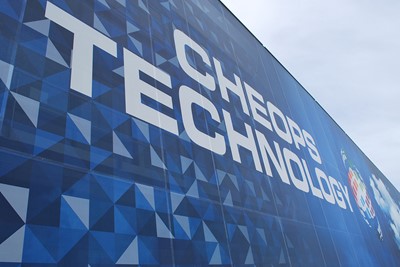 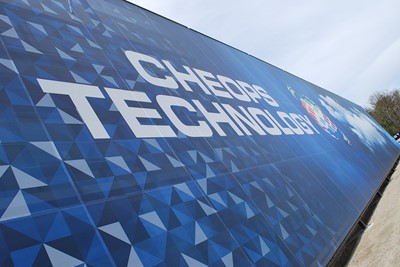 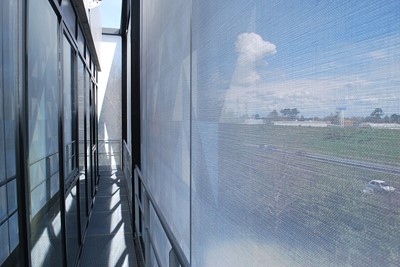 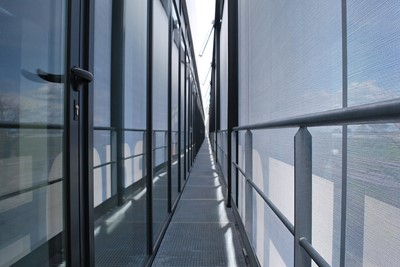 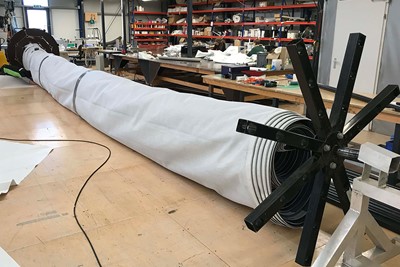 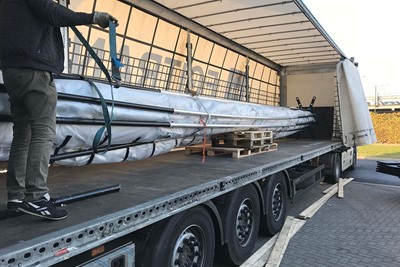 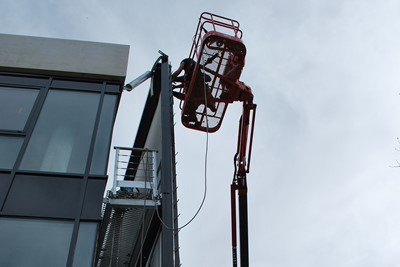 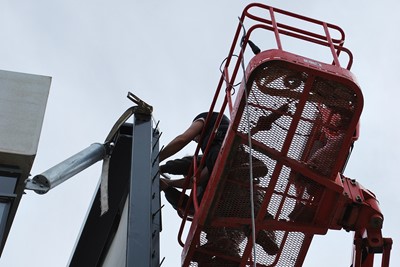 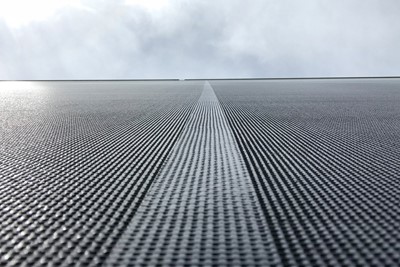 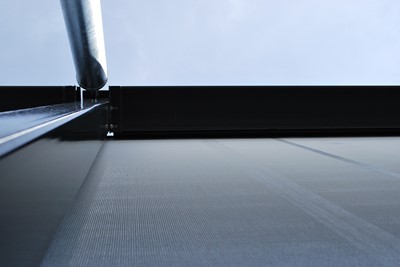 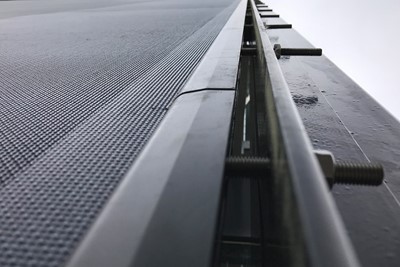 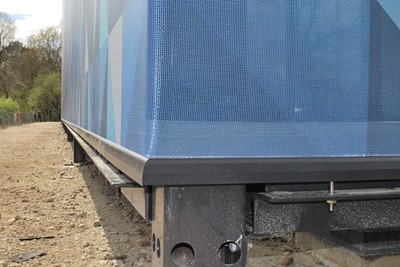 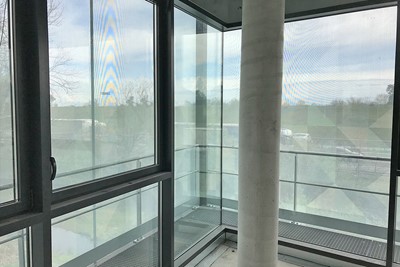 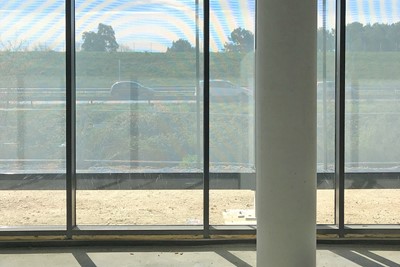 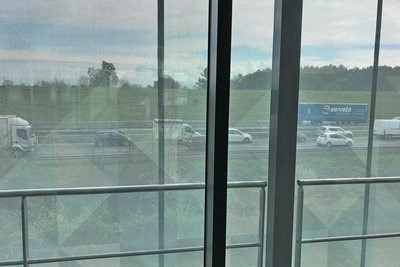 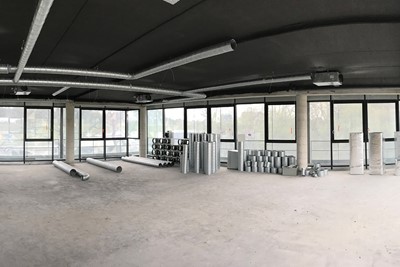