Buitink Technology produced and installed a tensioned textile facade for the renewed Grootlab building in Amsterdam.

The textile facade consists of a single membrane, lenght about 70m and height of 7m, tensioned all around in an aluminum profile system. The facade membrane has been provided with vertical ribs, in a repetitive pattern. 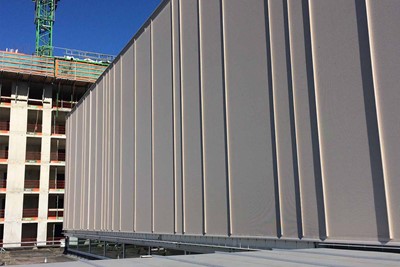 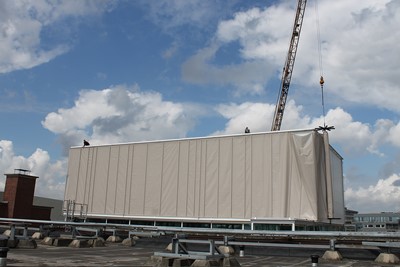 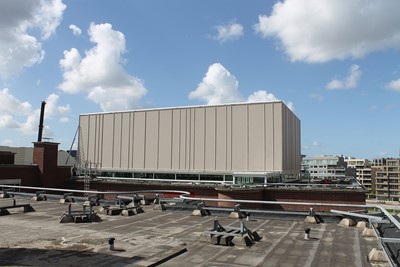 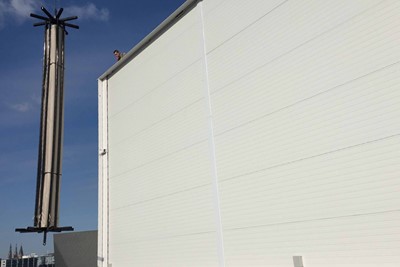 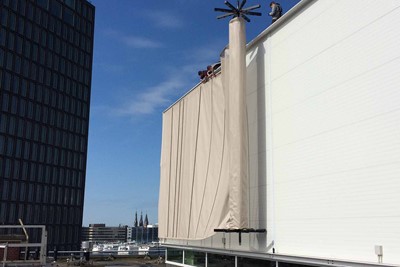 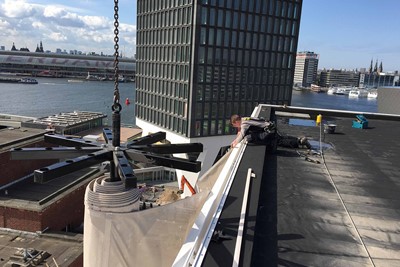 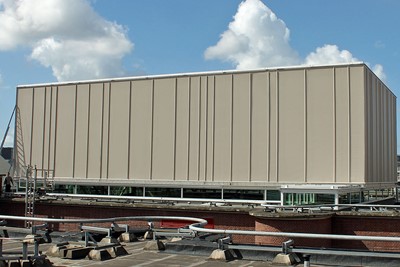 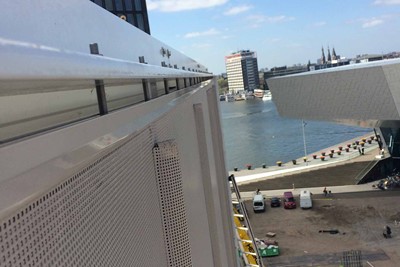 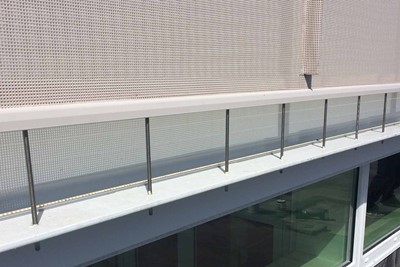 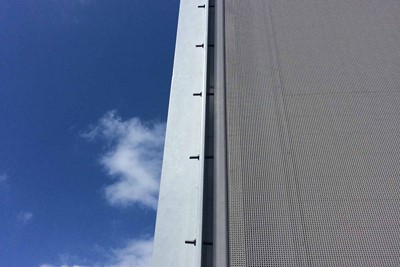 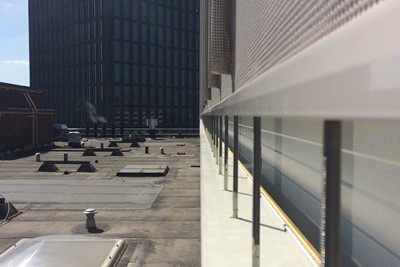